Information about our meetings in 2022 can be found on the 'meetings' page.


​Our meetings are open to everyone - members and non-members.  Just turn up on the night and see what we have to offer.

​Hope to see you there.

​
Two images of the Sun taken by Andrew Atterbury on 2021 October 28. Andy says, 'Used the SS.60 Daystar Scout Hydrogen Alpha Telescope, fitted with the Canon 100D DSLR Camera. A major prominence can be seen and others around the disc. The bright circle of light, that surrounds the disc, is the chromosphere. The chromosphere actually envelopes the whole Sun, above the photosphere.'
NOTE - DO NOT LOOK AT SUN THROUGH ANYTHING!! THESE IMAGES WERE OBTAINED WITH A SPECIALIST TELESCOPE ESPECIALLY DESIGNED FOR OBSERVING THE SUN SAFELY. 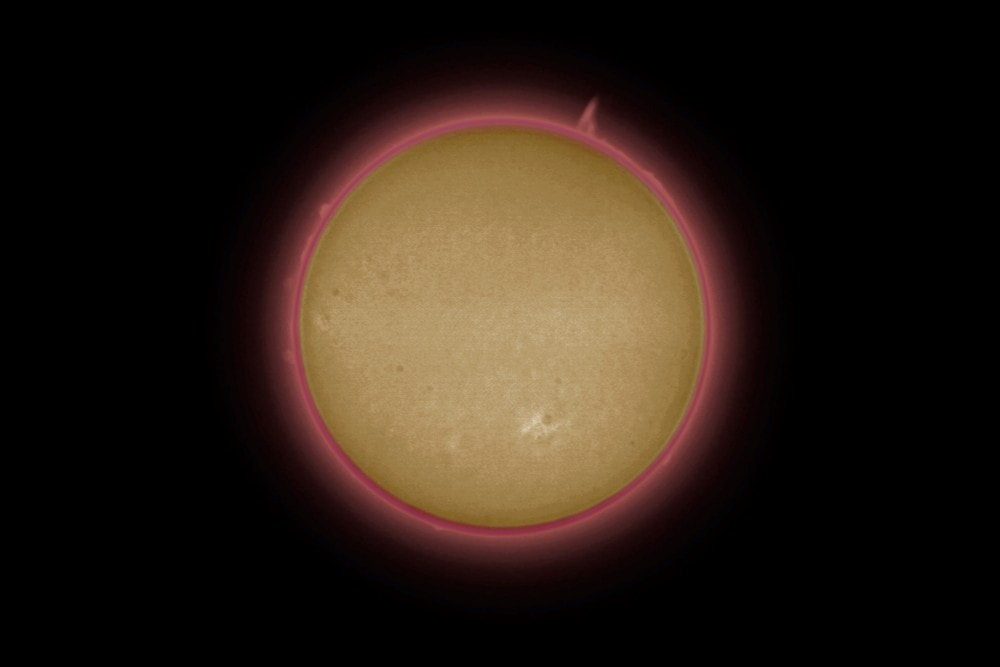 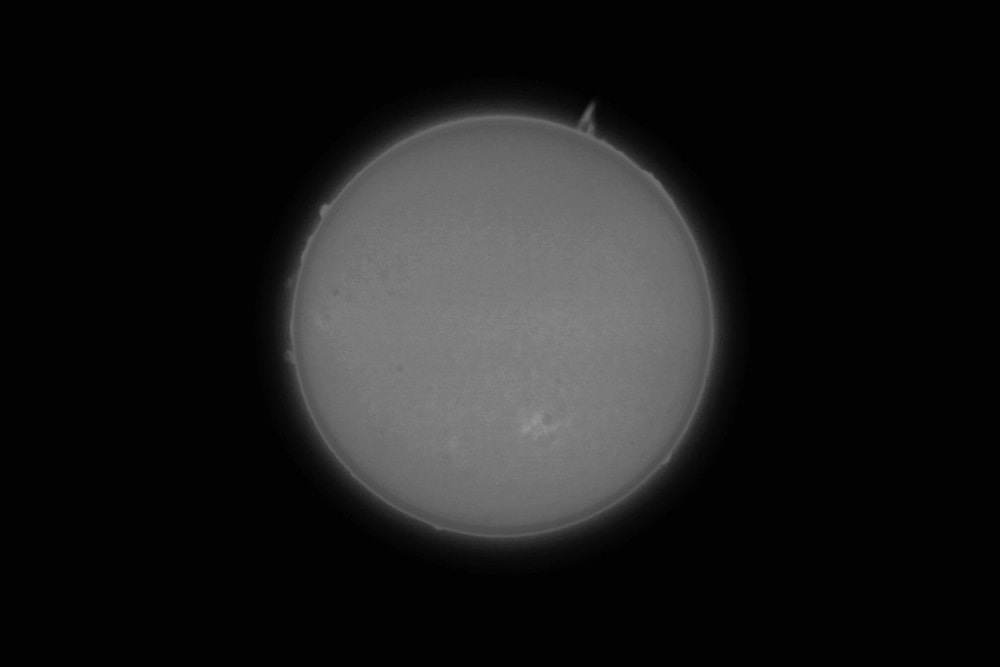 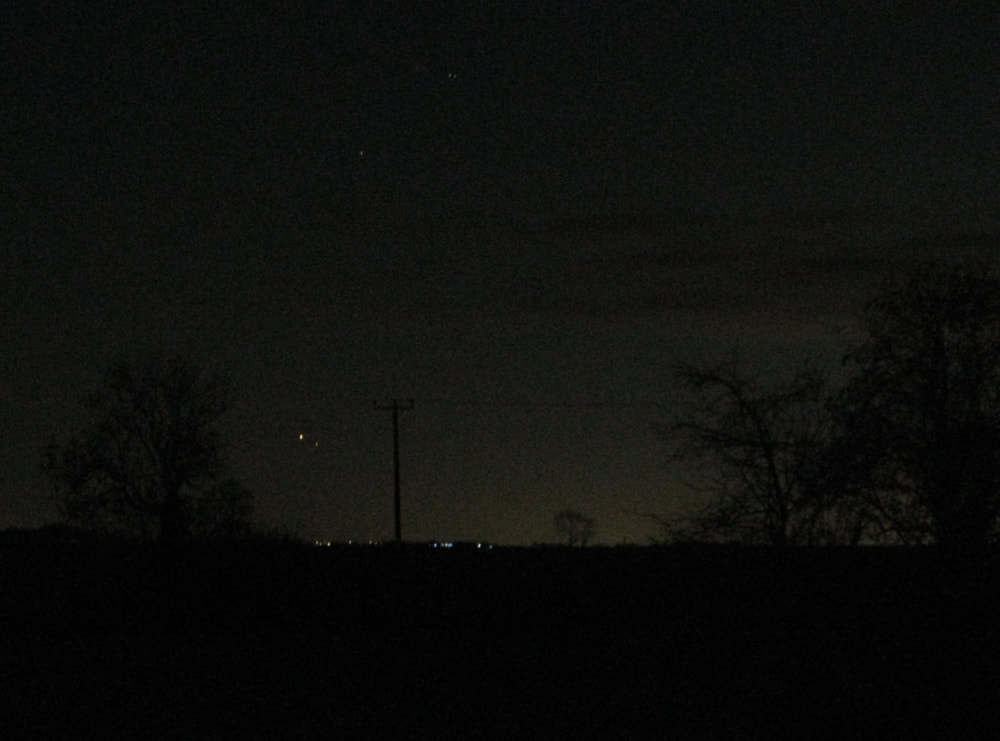 The 'Great Conjunction' between Jupiter and Saturn, Christmas Eve 2020 from Somerby by David Conner.

Image of Comet NEOWISE taken by Mike Jackson from Leicester on Monday July 20. Mike says 'Taken through my skywatcher 12 inch scope. exposure was 60 seconds with 6 images stacked together . Stacking was centred on the comet rather than the stars if you look closely at the star dots you get an idea of its movement across the sky. There were some bad frames so not all of the stars are 60 seconds apart .' 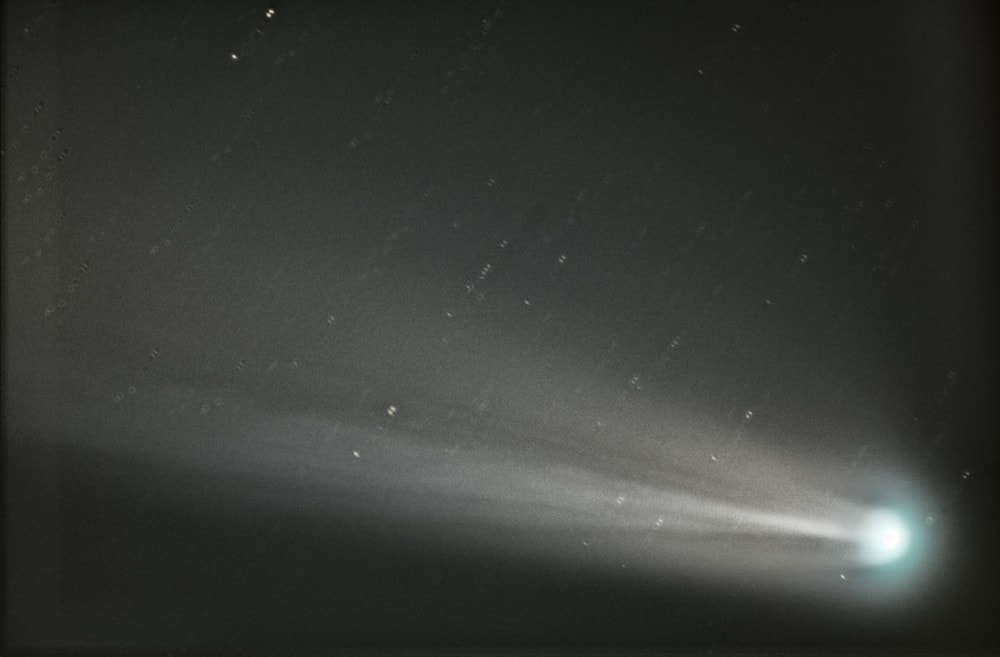 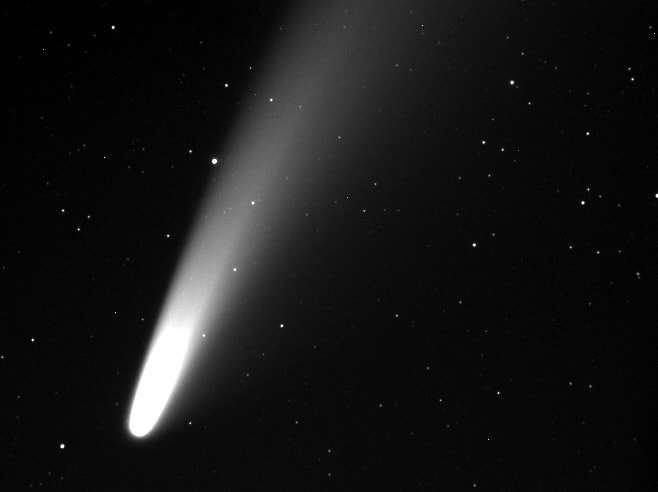 Details of the visibility of the comet from Melton Mowbray can be found here, and more information can be found here and here.
Now is the season for seeing noctilucent clouds - clouds of ice crystals about 50 miles high and at a temperature of about minus 130 degrees Celsius.  Simon Brown saw noctilucent clouds from Tilton on the Hill in Leicestershire, UK, on 20 June and sent us these images.

Images of the Moon and Venus taken by Andrew Atterbury

​Andy says "​Venus, as you can see, is now showing a distinct crescent, and it will gradually become an even thinner crescent over the next few weeks, as its angular size gets bigger in the telescopic field if view. As always, no real detail can be seen on the planet, because it is so bright and shrouded in a planet wide permanent cloud layer. Visually it appeared slightly grey between the internal cusps of the crescent; the terminator, but this could be an optical effect and/or a product of unsteady seeing. Seeing was not perfect and Venus was jumping in and out of focus. I would say seeing was just fair."
The above images of the Moon were taken on 2020 May 2, using Meade LX90 - 8” aperture telescope, and consisted of very short exposures using the Canon 100D DSLR,  ISO set to auto.  The left image was captured at the Cassegrain focus, while the right image was captured using the tele-extender.

Andy says "By the time I observed the Moon I thought [the seeing] improved somewhat, but the Moon was much higher in elevation than Venus and this probably helped.  In the Moon images, the heavily cratered highland region looks spectacular and is dominated by the large crater; Clavius and Tycho. For Tycho you can see the rays emanating from around the crater. This is an ejecta blanket that resulted from the original impact, that formed the crater. Copernicus can be seen well, located within the Lunar Maria, of Oceanus Procellarum and some of the Lunar mountains close by."

​
Thanks to Mike Kirby for these images of Mercury passing behind the Sun from the SOHO (Solar and Heliospheric Observatory) spacecraft.

Mike says
"This is a view of the sun and Mercury from the Soho spacecraft between earth and the sun. Mercury can be seen before moving from right to left passing just below the centre of the sun and emerging from the occultation disc.  This occultation will occur every 46 years, the same frequency as a Mercury transit across the sun's disc."
​More information about transits of Mercury - when Mercury passes in front of the Sun rather than behind it - can be found here.  Transits and occultations both require the Earth, Sun and Mercury to be almost in a straight line, instead of Mercury passing either above or below the disc of the Sun.

Images of the crescent Moon, Venus, and Jupiter and Saturn, taken by Simon Brown.

Images of the Moon and the Hyades taken by Andrew Atterbury, April 25 2020.

The display was spectacular to observe visually. That was for me one of the best evening displays we have had in the sky for years. We had that really thin crescent of a Moon, very close to the Hyades Cluster. The cluster just to the left of the Moon. The Pleiades were close by too. Then we had the brilliant Venus, at higher in elevation, adding to the display. The twilight sky colours added to the visual effect. The Constellation Auriga was close to Venus too. The early evening sky was exceptionally clear and everything in the sky looked crisp. The binocular view of the Moon, Venus and the Hyades was also impressive. I have never seen visually such bright and crisp Earthshine on the Moon like this evening before, and when the Moon was close to setting, it almost looked like a Lunar Eclipse, as the Earthshine reddened. All taken using Canon 100D DSLR Camera on fixed tripod. Taken from my back garden. All single shot. No stacking. Kept it simple.

The Crescent Moon, showing the Earthshine well. This was using the Canon 70 to 300 mm telephoto lens. ISO 3200 and 1 and a half second exposure.

The Hyades and the Moon and taken with same lens. ISO 3200 and half second exposure.

A wide shot showing Moon, Hyades and Venus, using Canon Standard 18 to 35 mm lens. ISO 3200 1 and a half seconds.
Whatever your experience or interests, Melton and District Astronomical Society has something for everyone with an interest in astronomy.  Founded in 1999 we are east Leicestershire's longest established astronomy group.  We are a small, informal society where the chance to share ideas and learn from each other is a cornerstone of the society.

﻿You don't need to be a member to attend our meetings, just drop in and see what we have to offer.

﻿Our meetings are held in Gaddesby in rural east Leicestershire approximately once per month, see the 'meetings' page for actual dates.

Meetings are a mixture of talks and observing sessions.  ﻿﻿Our rural location provides us with a reasonably dark observing site which we take advantage of on ﻿﻿most clear meeting nights.  If a presentation is scheduled for the evening and the weather is good for observing then observing will take place after the presentation. ﻿

Here, you can see the sights of the night sk﻿﻿y with the naked eye, binoculars or a range of telescopes, find out how to navigate around the night sky and see how visual and electronic observing is done.

If you would like information regarding buying or using a telescope, or how to image the night sky, then we would be more than happy to help.  We have a wealth of knowledge and experience on hand for you to take advantage of.﻿
​

This website (c) D Conner 2022.  Copyright of the images on this website remains with the person who submitted them.